Bactrian camel – Bactrian is a large ungulate mammal of the camel family.
It is a camel species found both in the wild state in the steppes of Central Asia as well as as a breeding animal.
Bactrian is one of the symbols of Mongolia.
It is believed that bactrians were domesticated around 2500 BCE, probably in the region of northern Iran or southeastern Turkmenistan.
Bactrians differ from a one-humped camel in a slightly heavier body structure, are lower and have a much larger fleece.
The vast majority of the current bactrian population is domesticated, the largest known wild population of these animals living in the Gobi desert is about 1000 animals.
Bactrian resistance to summer heat and winter frosts is widely known.

These animals are used in the desert to transport goods and as mounts. 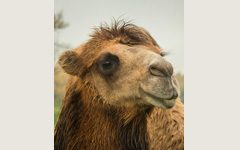 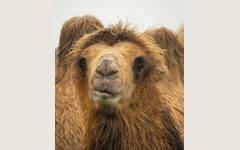